Skip to content
Posted on September 23, 2009 by Sara Barton Posted in Advertising, Art as Life, Behold the Power of Oprah, General Geekery, Gimmicks 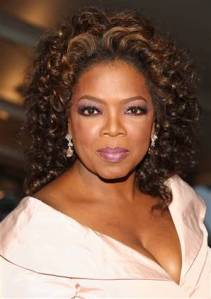 KFC‘s CMO is pointing the finger of blame at Oprah Winfrey for last May’s grilled chicken promotion/fiasco, claiming that they were given very short notice of their upcoming appearance on the show, thus giving the chain less than a week to prepare franchises for the sheer volume of the giveaway. According to an article by AdWeek Media, the fast feeder had planned for 4 million people, tops, to redeem their coupons. Instead, within 24 hours, 10 million people had tried to get their free Kentucky Grilled Chicken meal.

A Commercial That Will Change Your Life
Once in a while, you see a commercial that makes you stop and think, and possibly shed a tear or two. This spot from Thai Life Insurance celebrates the human spirit and embraces life in a way I have never seen before by telling the story of Toi, a young cancer patient who won’t let her disease stop her from celebrating life with the three most important people in the world.

This spot also took the Grand Prix for TV at the Asia Spikes last week.

Coming to a Geek Near You
Microsoft doesn’t just want to sell you software, they want to make your life a little easier, too, by helping you manage those pesky social platforms by aggregating monitoring tools and combining them with the rest of your organization. Looking Glass, which is still in the testing phase, will then connect that data into Microsoft’s enterprise platforms, such as Outlook and Sharepoint. Microsoft officials describe Looking Glass as a “bridge between IT and the marketing organization.” For example, a CMO gets an email in the middle of the night about increased chatter on twitter about his company’s product. That information is then linked to the company’s customer relationship manager system to decide if a PR response is warranted.

4 thoughts on “Giving Oprah the Finger”